Don't let your savings slip away!

Compare quotes today to find out how much you can save on your Newmarket car insurance.

7 Easy Ways to Save on Your Newmarket Car Insurance

A Brief History of Newmarket

The town of Newmarket has a population of approximately 84,220, according to 2016 Census data. Newmarket is located 45 km north of Toronto. The main river in Newmarket is the East Holland River which flows north, draining into Lake Simcoe. The direction of the river's flow is due to the fact that the town lies north of the Oak Ridges Moraine. The river system was originally slated to become an inland port and locks were built on the river but the plan was cancelled in the early part of the 20th Century.

Newmarket is characterized by hills and then the land drops off suddenly, as you head northward into the Holland Marsh. The town lies just south of the Algonquin Shoreline which means it was on the edge of the proglacial lake of the same name from the last ice age. As such the land was formed from glacial deposits made as the ice retreated. These deposits of sand and gravel however are not readily visible here, as they are too deeply buried.

The town was first settled in 1801 by Quakers. In 1908, Pickering College moved here and is a Quaker founded independent school. The name of the town came from the great number of goods produced by the local mills and was dubbed the "New Market" vs. the "Old Market" which was Toronto.

Today, Newmarket is in a suburban growth phase which is fueled primarily by the need for affordable housing for Toronto workers. Famous people who came from or live in Newmarket apparently include: Ben Johnson, Jim Carrey, members of the rock band Glass Tiger, Elvis Stojko, and Jamie Macoun.

As Newmarket continues to grow, it will become increasingly important for drivers looking to save on car insurance to regularly shop around. You wouldn’t buy the first car you see, so why should car insurance be any different?

Interesting Stats About Drivers in Newmarket

The 2016 Census gives us some interesting insights into drivers in Newmarket—as well as revealing some ways for you to save. 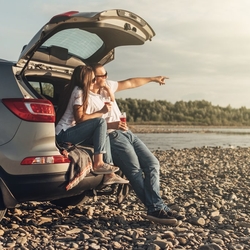 The SUV has taken North America by storm in the last 30-plus years. Starting with the Jeep Cherokee and the Ford Explorer, the SUV grew in popularity and is now a staple on many Canadian driveways. Today, there are more… 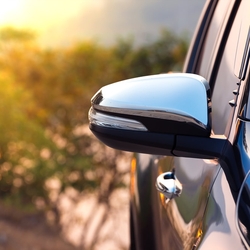 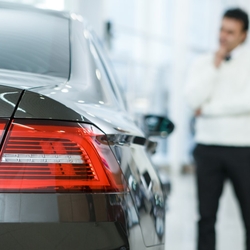 The year 2019 was another good one for the Honda Civic. For the 22nd year in a row, the Civic has come out on top as Canada's best-selling car. Since 1997, the Civic has been, hands down, Canada's favourite car.

*75% of Kanetix customers in Ontario who participated in the survey said Kanetix helped them identify an average savings amount of $610 (June – November 2017) on their car insurance. The cited amount represents the average difference between the best quote obtained at www.kanetix.ca and the current premium amount of participants in the survey. The savings amount varies by individual and does not constitute a guarantee; in each individual case, the difference may be smaller or greater than the savings amount cited.