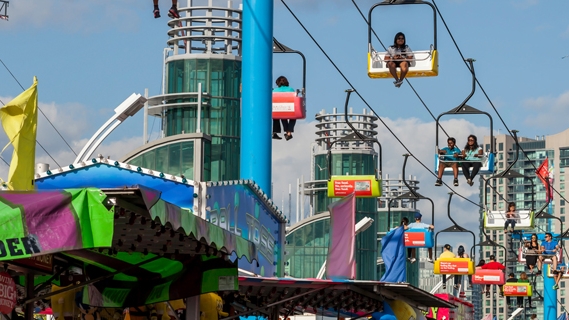 August is coming to an end, students are getting ready to go back to school and employees are taking their last vacation days of the summer. The good news is the fun doesn't have to stop just yet. While the Canadian National Exhibition (the Ex) is often a sign for Ontarians that summer is coming to a close, amusement parks allow the season to continue long into the fall. There’s still a lot of fun to be had before old man winter comes knocking.

Squeeze in a last minute trip to an amusement park!

While the majority of amusement parks close in the fall, there’s still time to plan a last minute visit to one of the many here in Canada. Aside from Canada’s Wonderland, the largest amusement park in Canada, there are a variety of other amusement parks packed with thrills. Let’s take a look at some of the best in Canada. 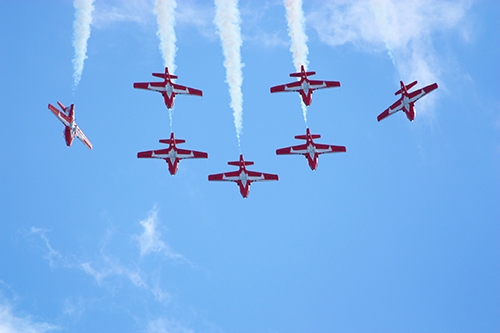 The Ex is one of Toronto’s most popular summer attractions. Last summer, the Ex attracted 1.43 million visitors. It’s an annual tradition that truly has it all. The Toronto Star Food Building is where you’ll find local restaurants offering a variety of mouthwatering international foods, unusual culinary creations and tasty traditional fair. There’s also great shopping and an endless supply of entertainment including air shows, parades and even the SuperDogs. And who can forget about the midway packed with all your fun carnival rides and games? The Ex opens August 21 and runs through until September 7. Get your tickets now and end your summer with some fun! Calaway Park in Calgary, Alberta is Western Canada’s largest outdoor family amusement park. Calaway first opened in 1982 and has been providing families with fun and entertainment for over three decades. Calaway Park has 32 family-friendly rides, live-shows, street performers including jugglers and stilt walkers, delicious treats and a lot of free parking! It doesn’t get any better than this. If you’re looking to stay and play there’s an RV park and campground. Calaway Park is open on weekends starting in September through to October 12. You can fit in some last minute thrills before the winter chills! 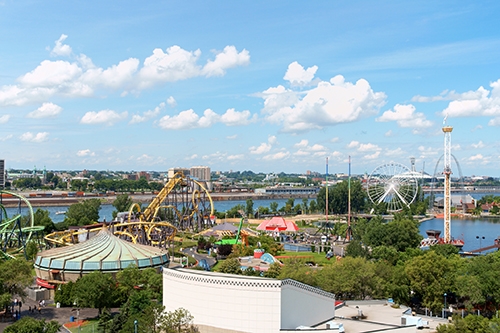 La Ronde is part of the Six Flags family and is the second largest amusement park in Canada. Located in Montreal, La Ronde has over 40 rides including thrill rides, roller coasters, family rides, and kids’ rides, making it perfect for the whole family. This year’s new attraction is Maison Rouge Labyrinth of Terror. This is one haunted attraction that you might not make it through without screaming. Enter if you dare! La Ronde is open now until November 1 on weekends only. Playland at the Pacific National Exhibition in Vancouver is open throughout August and on weekends in September. Playland has 19 thrilling rides for all you ride enthusiasts. Including the 202-foot tall Hellevator where riders are shot upwards at 75 km/h and free fall back to the ground. Or there’s The Beast, the most extreme pendulum in Canada. Riders are swung 120° in either direction, reaching heights over 125 feet. There’s also a variety of games and attractions including a glass house and haunted mansion. If you’re thinking of going to Playland, try to buy your tickets in advance online. You’ll save up to $5 per pass. 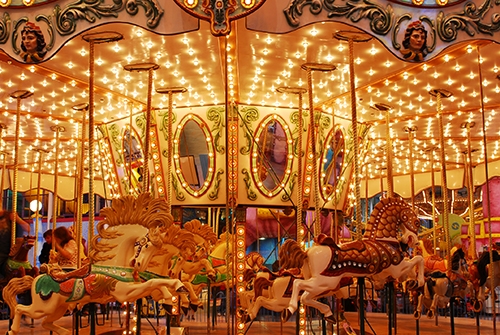 Galaxyland is situated inside West Edmonton Mall and happens to be the world’s largest indoor amusement park. This unique amusement park features 24 rides and play areas for all ages. Since it’s indoors, it’s open all year round. It’s not every day that you get to go to an amusement park inside of a shopping mall. Galaxyland will make for some incredible one-of-a-kind memories. You can shop until you drop and then ride all the rides Galaxyland has to offer! Sandspit Amusement Park in Cavendish, Prince Edward Island provides good old-fashioned fun for the whole family. Sandspit Amusement Park

has your classic thrill rides including the Scrambler and Tilt-a-Whirl. They also have family favourites including a Ferris wheel and bumper boats. The Pit Stop Canteen and Tilt-a-Whirl Treats are two delicious places to refuel. Both places have soft-serve ice cream made from real PEI cream. Unfortunately Sandspit is only open until September 7, so visit while you still can! 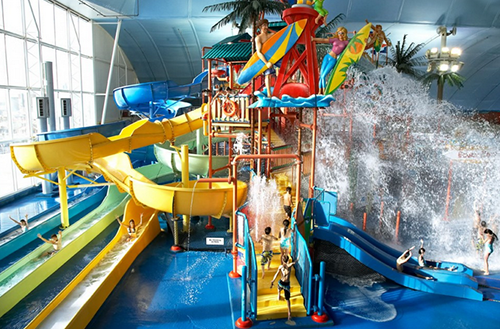 Fallsview Indoor Waterpark in Niagara Falls is North America’s largest indoor waterpark. This indoor waterpark is three acres with 16 waterslides, indoor wave pool, hot springs and an outdoor sundeck with another pool. Fallsview Indoor Waterpark is the perfect weekend getaway. You can relax in the resort's hotel rooms, swim your heart out and then do some sightseeing just a two-minute walk from Niagara Falls. Waterparks are perfect for people of all ages and they bring out the kid in everyone. Open year-round. Tinkertown Family Fun Park is a traditional amusement park located in Springfield, Manitoba. Tinkertown Family Fun Park has over 20 rides and attractions, including kids’ rides. The main concession stand has a wide variety of satisfying fair food, including giant pickles! Or you can bring your own food and have a picnic. Tinkertown Family Fun Park is open into September and is a great way to spend the day. Amusement parks are a great way to let loose and have some fun for the day. Any of Canada's parks will put a smile on your face, fill your tummies and create some long lasting memories.

Enter For Your Chance to Experience Canada

If you have friends or family visiting Canada this summer, you could win a $5,000 travel voucher to explore Canada. Simply complete a Visitors to Canada travel insurance quote at Kanetix.ca between July 6, 2015 and August 31, 2015 and eligible Canadians will be automatically entered into a draw to win a $5,000 travel voucher from Kanetix.ca and GMS. Terms and conditions apply.