What you drive, says a lot about how you drive 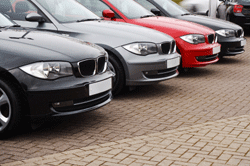 What does your car say about your driving? A recent study commissioned by KANETIX.ca reveals that the way we drive varies by the car we drive. The study looked at drivers of some of the most popular cars on the road (along with a few super high-end brands) to see who are the best, and worst, while behind the wheel.

On average, 13 per cent of us have been involved in a car accident; it happens. But, drive an Aston Martin, Lamborghini or Porsche, and chances are you take care-special care-to keep these cars in mint condition. Makes sense, after all, these cars cost a mint; and a scratch, let alone a dent, would cause most people to weep. Drivers of Aston Martin cars were least likely to have been in an accident at 5 per cent, Lamborghini drivers 7 per cent, and Porsche drivers 9 per cent. If these exceptional wheels, are your wheels, Kia drivers should make you nervous; at 15 per cent Kia drivers were the most likely to have been in a previous accident.

Kia drivers aren't the only drivers who are slightly more accident prone. At 14 per cent, you have a better than average chance of having been involved in a previous accident if you drive a:

Look out Aston Martin, Lamborghini, and Porsche drivers; you're surrounded.

If you've never received a ticket (lucky you), chances are you know someone who has; on average, 22 per cent of us have been caught breaking a rule of the road and ticketed. Drive an Infiniti however, and that number jumps to 29 per cent.

And, the drivers most likely to obey the rules of the road and avoid tickets drive a:

Tickets can affect your car insurance, and the drivers most likely to have tickets are infinitely more likely to pay for it in car insurance premiums: hint, hint, Infiniti drivers.

No Tickets, No Accidents, No Claims. No Problem.

For all drivers, regardless of what's driven, on average 53 per cent of us have a clean driving and insurance history-no tickets, no claims or accidents.

If you have an aversion to being average, chances are you don't drive a Land Rover, Dodge, or Ford; drivers of these vehicles match the average perfectly at 53 per cent. The same cannot be said for Infiniti, Lexus and Mazda drivers. Only 45 per cent of Infiniti drivers said they've got a clean driving and insurance history, 48 per cent of Mazda drivers, and 49 per cent of Lexus drivers.

Buick drivers (at 57 per cent), Honda and Toyota drivers (each at 56 per cent) deserve an honourable mention. Drivers of these three brands are more likely than the rest of us to be squeaky clean behind the wheel.

And, the best all round score? Aston Martin and Lamborghini drivers; 71 per cent of drivers of these brands said they had no tickets, no accidents and no claims. Just like the cars, perhaps drivers of these super high-end vehicles are also in a class of their own; precise, controlled, and focused on the task at hand with superior handling.

No matter what you drive, make sure safe driving is always the destination. Accidents and tickets can affect your car insurance rates, so keep your eyes on the road, your hands on the wheel, and be mindful of the rules. Whether you're behind the wheel of a Lamborghini, or a far more modest car, find the best priced car insurance and shop your rate-even if you've had a ticket or accident. Get quotes from competing insurers and compare your car insurance options with KANETIX.