Get Ready to Pay Tolls on Two of Toronto's Highways 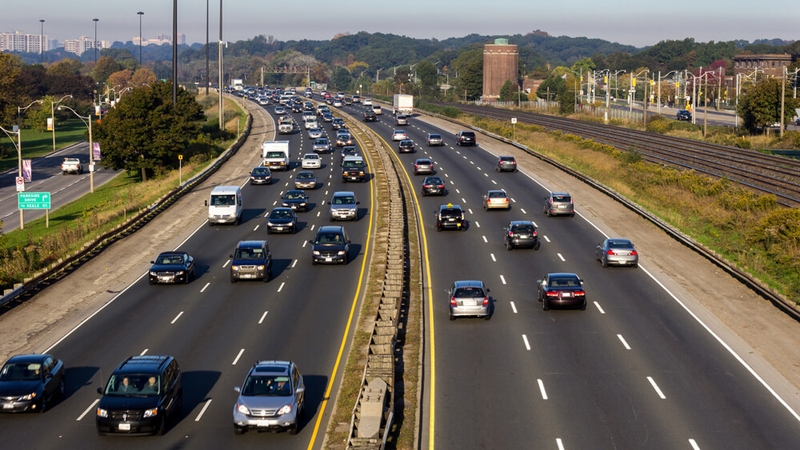 If you're one of the tens of thousands of commuters who drive on the Gardiner Expressway or Don Valley Parkway every day, get ready to pay tolls. That was the message from Toronto's mayor, as he delivered a speech to the city's regional Board of Trade on Nov. 24, where he said Toronto's traffic congestion will only get worse unless the city takes urgent action. “Congestion and commute times are choking our roads and our productivity...A road toll on the DVP and Gardiner Expressway of just $2 would raise the City of Toronto more than $200 million every year,” said Mayor John Tory. The funds raised from the tolls, more than $200 million, would go a long way in funding the $33 billion in infrastructure and transit projects the city needs, he added.

Tory said the money from tolls would go into a special infrastructure fund, far away from the city’s general revenue pot and under the oversight of an independent committee. “If [the money] goes into one big black hole, cynicism creeps in and support for the revenue tools declines," said Toronto Councillor James Pasternak to CBC News. "The key is to make sure it's highly targeted to transit. It's the region's No. 1 issue. It's a major urban crisis." Pasternak said he expects the tolls to receive support from council, and that the motion will pass. Tory has identified a few projects as top priorities for the extra funding:

There’s an added benefit to the tolls, according to Tory, beyond funding new public transit works. “Tolls have been shown to reduce travel times and ease congestion. And they also encourage more people to take transit,” he said.

The idea of highway tolls has some Torontonians worried about unintended consequences. "Avenue (Road) will be crazy, it already is. Bathurst is crazy," north Toronto resident Karen Janes told CBC News a couple of days after the initial announcement. "It's already crazy around our house now. Who knows what it will be like if they put tolls in?" Similar concerns were heard in other parts of the city. The worry is commuters will exit off the highway to avoid the toll, clogging city streets instead. “If that’s going to divert a lot of traffic off the Gardiner it may be a problem,” David Pritchard, chair of the Mimico by the Lake Business Improvement Area, told thestar.com.

“In the summer, when they were doing the Gardiner construction, people were coming down Park Lawn Rd...and it was just jammed.” Meanwhile, the taxi industry in Toronto, the trucking industry, and several other business associations have also voiced their concerns over potential ‘toll jumper’ commuters.

Mayor John Tory says there will be a net benefit for Toronto’s residents in making commuters pay. He says 40 per cent of the commuters on the Gardiner and DVP do not live in the City of Toronto and don’t pay taxes to maintain highways and transit lines. “Fairness includes looking at options that reduce the impact on Toronto residents by asking everyone who visits our city or benefits from its services to help shoulder a small part of the cost,” he said. Tory added the tolls were a better alternative to raising property taxes in the city; he said taxes would have to go up 5 to 10 per cent for Torontonians to raise an amount equivalent to the tolls.

Not crazy about paying more to drive in Toronto? Pay less for your car insurance by shopping around. On average, Kanetix.ca customers save $750 on their car insurance after comparing their rates. See if you could be saving too and compare car insurance quotes today.