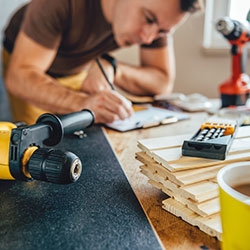 Less than $250 could save you tens of thousands

Water damage makes up almost half of all home insurance claims, and for those claims that involve a flooded basement the price tag is high. It's estimated that the average cost to repair a flooded basement is $43,000, yet, according to a new report there are protections that residents can implement, for often less than $250, that will safeguard their basement against the effects of flooding.

"For many Canadians, their home is their biggest asset and ultimately their retirement fund," said Blair Feltmate, Head of the Intact Centre and a professor at Waterloo's Faculty of Environment. "To protect that investment, any homeowner who lives where it rains can easily and cost-effectively deploy simple measures to lower their chances of experiencing basement flooding."

Most of these measures, he added, can generally be undertaken over a course of a weekend and could go a long way to minimize the chance that a homeowner may have to turn to their home insurance after a storm happens.

Three steps to reduce your risk of flood

The report highlights numerous ways a homeowner can reduce their risk of basement flooding and buckets them into three categories:

Do-It-Yourself for $0: Maintain What You've Got Twice a Year

Twice a year, in the spring and fall, you're encouraged to take care of the flood protection measures already in place in and around the home. In particular, you should:

Do-It-Yourself for Under $250: Complete Simple Upgrades

A few one-time projects around the home can also reduce your risk of basement flooding and lower the cost of cleanup if, despite your best efforts, the worst happens.

Work with a Contractor

Not everything is a DIY and sometimes you have to call in an expert. Implementing these flood prevention measures may require the help of a contractor, possibly a permit depending on where you live, and will likely cost more than $250 but could save you money later on down the road.

Fortunately, some municipalities offer subsidies for some of these initiatives should you decide to act on them: 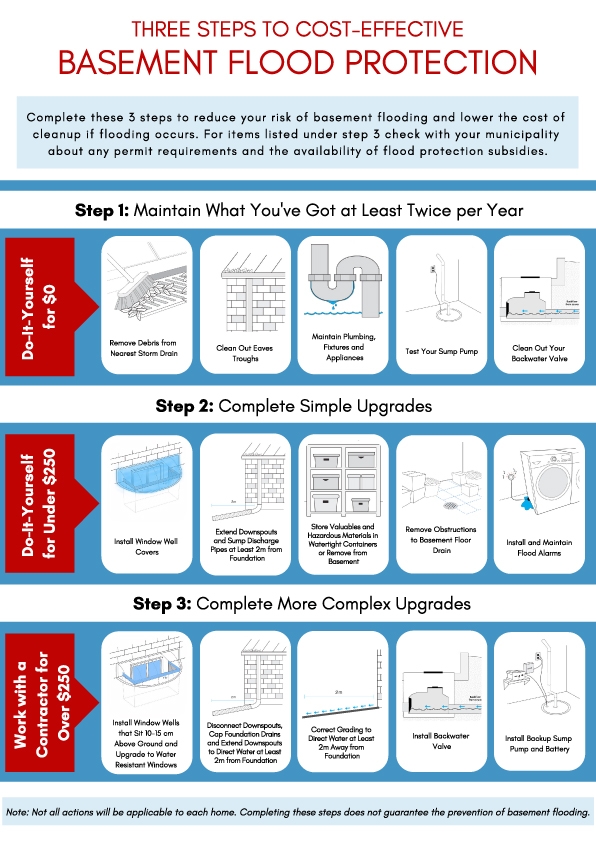