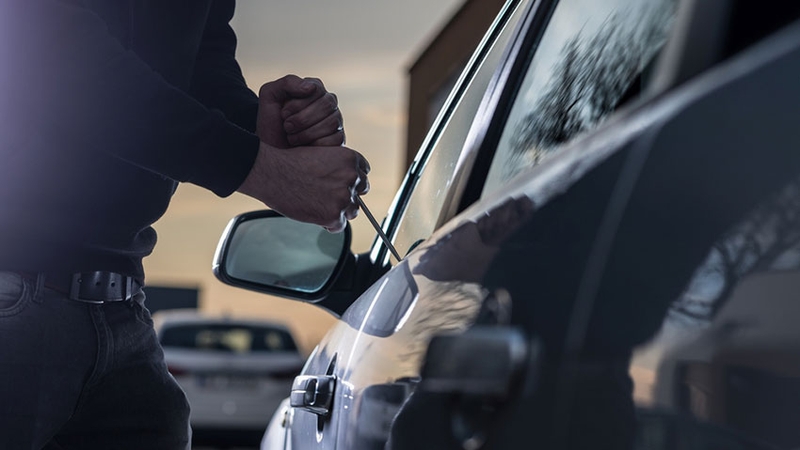 Don Forgeron was the keynote speaker at this week’s Ontario Association of Chiefs of Police Annual Meeting in Toronto. Forgeron, who is IBC’s president and CEO, outlined insurance fraud as a problem that affects everyone. In the closed event on June 24, Forgeron outlined his concerns about high insurance fraud in Canada and he asked for help. Forgeron made it clear that auto insurance fraud requires everyone’s cooperation. He's referring to insurers, consumers, businesses and the police.

Insurance Fraud is an Attack on Everyone—Insurers, Consumers and Law Enforcement

“I know you’ve all got a lot on your plate. You’re being pulled in a lot of different directions – and there are never enough resources for all the tasks at hand. You need to make choices. You need to prioritize what’s in the public interest. But I also know this: Fraud is an attack not only on insurance companies, but on you and your people. It’s an attack on consumers and society at large. Many of these criminals seek to waste your time – and your resources.” Forgeron cited how the IBC has been working to combat fraud not just in Ontario but all parts of Canada. The IBC has a 3-point plan that includes:

The insurance industry has been asked to help fight fraud and look for ways it can identify fraudulent activities. When an insurer can spot a fraud trend or find clues into how fraud occurs, they can reduce payouts for fraudulent activities. High claims cause insurance premiums to increase for everyone. Consider an area like Ontario where in 2017, 83 percent of auto insurance fraud occurred. With $1.3 million in claims, this represented 13 percent of premiums Ontarians pay. The IBC is exploring ways to improve how fraud is detected. The insurance industry is increasing its collaborations. In one example, two large insurance carriers worked together and were able to uncover a “ghost broker” who sold fake pink slips to drivers in Ontario. “We see this as a positive development. We are just beginning to understand the many benefits of having insurance companies work together to reduce fraud. We’re spotting trends that we couldn’t see before, when each company was trying to solve this problem on its own," stated Forgeron.

Forgeron is asking law enforcement to play a bigger role in the insurance fraud fight. The insurance industry has been battling systemic insurance fraud. In one case, the IBC worked with law enforcement officers in Ottawa. “Project Ravin” was successful in recovering 19 cars including luxury Toyotas and Lexus SUVs with a total value of $835,000. Four men from Montreal were arrested for the 50 stolen vehicles totalling $2.5 million. The 19 vehicles recovered were about to be exported from the Port of Montreal. “We have a cross Directorate investigative approach with external policing partners, the Insurance Bureau of Canada and the automotive industry to target the criminality specific to stolen vehicles and we are pleased with the results and success to date of Project Ravin. We wish to remind the public that Ontario Motor Vehicle Industry Council (OMVIC) dealers guarantee their vehicle purchase to consumers and protect them from purchasing a re-vinned vehicle,” stated Ottawa Police Inspector Tim Hodgins, with the criminal investigations unit. Forgeron added, “These partnerships send a clear signal. They announce to thieves that moving stolen property is a risky endeavour. We believe that these arrests and recoveries ultimately serve as a deterrent. We hope to strike up a similar kind of partnership when it comes to insurance fraud – both on a day-to-day basis and in terms of large-scale frauds that we identify together." More joint operations between insurers and the police can deter criminal activity. It can also send a clear message that both large and small scale crimes will be met with severe consequences. The IBC is training officers to spot vehicle fraud and the latest vehicle theft trends.

Forgeron is calling for more partnerships with law enforcement. He's also asking for education for consumers and harsher penalties for those that commit insurance fraud. Stronger sentences are one option. But, for fraudulent repair shops, tow truck drivers and shady healthcare providers, penalties need to be stiffer. Not enough is done to penalize fraud and these groups are soon back in business. “As a society, we need more meaningful penalties against those who commit fraud. And we are taking that message to government and to prosecutors,” said Forgeron. Insurance fraud can come in different forms. These include:

A person looking to make a fast buck

Some people actually pay hundreds of dollars for a seat in a vehicle that’s part of a staged crash. They see it as a way to make money from car accident benefits. Other people are paid to participate. But, they have to forward portions of their insurance claim payout to organizers of the fraudulent scheme. A number of so-called “victims” will bill insurance companies for treatments they never received. And, they’re trying to recoup money for time lost from work at companies they never worked for. The public needs to be aware that insurance fraud is a crime. The offence falls under the Federal Criminal Code. This states fraud is for "anyone, by deceit, falsehood, or other dishonest act, to defraud or to attempt to defraud an insurance company." Anyone that commit insurance fraud should know:

A business that takes part in an elaborate scheme

There are companies that practice sophisticated, systematic and insidious attack against insurance providers:

The next step in combating insurance fraud is IBC is working in Ontario with the Ontario Provincial Police (OPP). They’re starting an education and awareness insurance fraud campaign. With it, they hope to teach drivers about insurance fraud dangers. As they explore how to share information in the fight against fraud detection, data sharing might prove challenging. Regulators may need to step in to address privacy concerns. In educating the public about insurance, they should know:

What Counts as Insurance Fraud?

Drivers and non-drivers should reject any suspicious insurance activity where they are asked to lie. Report these suspicions to local law enforcement. Some insurance fraud activities aren't obvious but a few examples include:

To Combat and Reduce Insurance Fraud

The FSCO suggests the public can help in doing their part to end auto insurance fraud by: An important takeaway is that insurance fraud is not victimless. It affects every driver with auto insurance. Hence, they are the real victims of these fraudulent crimes. And, Canadians want something done. “No single group can solve the challenge of insurance fraud on its own. Insurers can’t do it. Not on their own. Regulators and government can’t do it. And law enforcement can’t do it. But each of us has a role to play. Each of us can do our part,” Forgeron stated in his speech. “I’m hoping we can work closer together to uncover and reduce this kind of fraud because I’ve seen the benefits that partnerships can bring.”