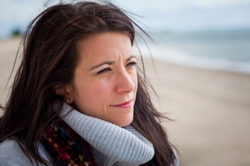 Death is fact of life, and among the many unknowns surrounding 'death' is the question; when will I die? And while no one can say definitively when, that doesn't stop us from wondering about it. That's where life expectancy comes in and tries to answer the question, "How long can I expect to live?"

According to the Statistics Canada's Death report (released July 2012) which looked at deaths-and life expectancies-in Canada for 2007-2009, a child born in Canada could expect to live 81.1 years.

Where you live affects how long you'll live

Where you live within Canada matters, because even though the national life expectancy is 81.1 years, life expectancy in British Columbia is the longest at 81.7 and in the three territories is the shortest, at 75.1. That's a swing of 6.6 years!

Women still outlive the men. Currently, the national life expectancy is 78.8 years for boys born in 2007, 2008 or 2009 and 83.3 for girls. That's a difference of 4.5 years. But again, the difference varies on where you live. For example, based on provincial life expectancy, Ontario women can expect to outlive their male counterparts by 4.4 years; whereas women from the three territories can expect to live 5.7 years longer.

No doubt about it, knowing your life expectancy is handy. It can help you with your retirement planning for one. But, because we all expect to live to 81.1 years old we often neglect to plan for the "what if I die prematurely?" So while planning for your retirement is a great idea, planning ahead with life insurance coverage is also sound advice. This is especially true for people who are:

Plan ahead with life insurance; tips to help you save.

The following are five money-saving and shopping tips for life insurance to get you started.

Looking for more? Death by numbers continues with: