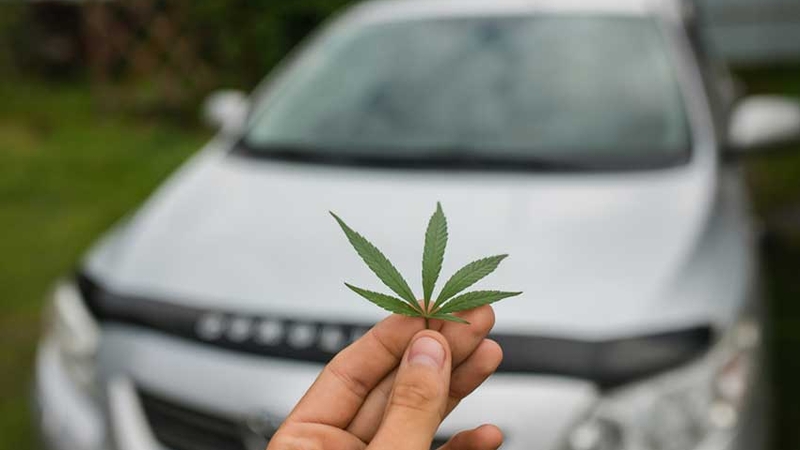 Since recreational and medicinal marijuana became legal in Canada there have been far fewer charges for driving under the influence of cannabis (DUIC) than expected. In Alberta, the police have only given out a total of eight DUIC charges with the new laws in place. There haven’t been any DUIC charges for drivers in British Columbia. Elsewhere, the numbers are higher. There were about 100 DUIC charges in Ontario and Quebec officers gave out 39 charges. DUIC charges in Quebec have been limited to smaller towns. Parts of Quebec City and Montreal have each only seen one marijuana charge. Hamilton is one of the only big cities with drug limit charges as police had 15 drug charges there. But, why have officers cut back in DUIC charges? Some suggest it's because of the restrictions around proof and testing. Currently the police have only a two-hour window for blood testing - after that, the sample is not admissible in court.

With the new marijuana laws, an officer has to have a driver’s blood or urine tested. The driver can face charges if their blood level has tetrahydrocannabinol (THC) that’s higher than two nanograms per millilitre. If the driver has more than five nanograms, they can be arrested if they’ve already had one offence. When asked why officers weren’t giving out more DUIC charges, delays come from the time frame to test for marijuana.

When officers arrive on the scene, they can have the driver perform a roadside behavior test. They may also request a blood or urine test if they believe the person is driving while high. Signs they look for include: If the officer determines that a blood or urine test should be performed, they may face a host of constraints getting the test. Even if they get the person to the hospital for the blood test, there may be delays if a medical emergency is more urgent. “In the city of Toronto, it’s a stretch," Warren Stein, a sergeant with the Toronto police department told

Global News. "By the time you go through your roadside vehicle impoundment, get the person to the hospital, through the triage, to the doctor — if the doctor agrees to take the blood — draw the blood, that blood draw has to be within two hours,” The concern is that time isn’t on the officer’s side unless they know someone at the hospital. If they do, they may be able to get through the triage area faster and have the blood sent over to the Centre for Forensic Sciences where it can be analyzed. “If everything goes perfectly, you could probably make it in the two hours, but if you have one hiccup along the way, you may be outside that two-hour window and then you cannot use the results of that blood. We understand that the doctor’s first priority is ill patients. When we come in with an impaired [driver], that is not a medical emergency,” said Stein.

Reluctance with the Drager 5000

Results on the Drager 5000, a THC testing device have been mixed. The device was federally approved for screening drivers that show a THC level but it can’t measure how much is in a person’s system. The Drager Drug-Bust 5000 is a drug-screening device that’s used to test for: Problems with the device include that it can read a false positive for opiates if a person had poppy seeds. The device is used in Toronto, Ontario and areas like Cornwall and Cobourg. Ottawa doesn’t use it.

Are Blood Draw Vans an Option?

An alternative option is letting officers draw blood at the scene or having special blood draw vans for officers. This is a measure used in Arizona. It can help officers to avoid long wait times at hospitals. It might take time to implement as there are legal hurdles and Ontario’s Ministry of the Attorney General has to approve the measure. “Police services are responsible for the investigation and laying of criminal charges and they have a variety of investigative tools at their disposal to detect and apprehend drug-impaired drivers. Only a few of these require blood samples. Ontario has already drastically increased the number of officers trained in detecting drug-impaired drivers, and is continuing to train more,” said Brian Gray, a spokesperson for the Ministry of the Attorney General.

Marijuana is an illicit drug that can impair drivers. It can affect their motor coordination and judgment and delay their reaction time. European studies “Drugs and Fatal Accidents” and the Druid Final Report found that drivers with marijuana in the form of THC in their systems were twice as likely to cause a fatal accident. Drivers that have THC in their bloodstreams and combine it with alcohol also pose a great risk for causing accidents. Risks of causing an accident are significantly greater after someone has marijuana in their system. The risk is sometimes doubled. But, there are things non-impaired drivers can do to stay safe on Canada’s roads. Precautions for drivers: Officers are doing all they can to protect Canadians. Hopefully, new rules about blood testing equipment or blood testing vans can help expedite testing location options for law enforcement. Driving while under the influence or impaired driving is a major offence. A conviction will cause your insurance to increase by at least 100 percent on your first conviction, and will remain on your record for six years.