Better transit options must be available for commuters before tolls are implemented. 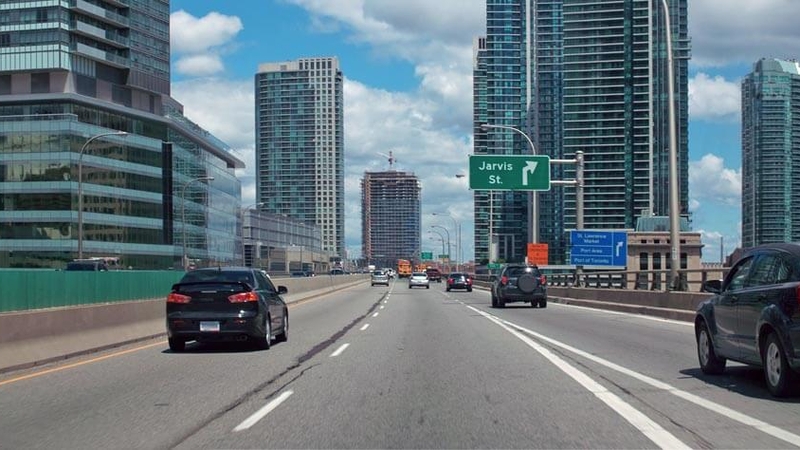 Toronto’s highways won’t be getting tolls anytime soon, according to Ontario Premier Kathleen Wynne. She announced last week she won’t approve Mayor John Tory’s plan to put tolls on the Gardiner Expressway and the Don Valley Parkway, saying there must be better transit options available for commuters first. “The conditions are not right, and that's why we've made the decision," said Wynne.

I know commutes are taking a toll on people. We will improve your commute but we won't ask you to pay more. pic.twitter.com/osJnm2Hi0u

Wynne wants to see more public transit and alternate routes for drivers who don’t want to pay a toll. To this end, she announced the government will double the amount of provincial gas tax revenue Toronto (and other municipalities with transit systems) receive to help pay for transit improvements. She said the total gas tax is not increasing and consumers won’t pay more. According to the Province, the increased share will mean cities across the province will receive more than $300 million in extra funding by 2022. Of that amount, $170 million will go to Toronto, according to CBC News.

Toronto Mayor John Tory is criticizing the provincial government’s move, which he says flies in the face of the city’s autonomy and ability to function. “If the Ontario government has decided to deny a regulatory change requested by the overwhelming majority of city council, the mayor would expect the provincial government to take serious and immediate action to address the city’s transit, transportation, childcare and housing needs,” he said after the premier’s announcement.

If the Province will not allow this autonomy, we expect more.

Tory’s original plan was to impose a toll of $2 per trip on the DVP and Gardiner Expressway, which he said would raise an extra $200 million for the city every year. Tory promised all of the money would be earmarked for $33 billion in infrastructure and public transit projects the city urgently needs.

In other parts of Greater Toronto, Premier Wynne’s announcement came as welcome news. Mississauga Mayor Bonnie Crombie, an opponent of Tory’s plan, said it would have been “unfair” to make commuters pay tolls and would not have benefitted residents of her city. “I have repeatedly said road tolls are not the solution...Municipalities and the Province need to take urgent action and have an honest debate about how to fund transit with revenue tools that ensure permanent, dedicated and long-term funding,” said Crombie. Under the Province’s new plan to double the share of gas tax municipalities receive, Mississauga will get an additional $33 million by 2022. “These are important and necessary funds that council will use to invest to break gridlock, build transit and move people and our economy forward,” said Crombie. Other mayors in the region had similar comments. As reported by TheStar.com, the chair of Durham Region Roger Anderson applauded the end of the proposed tolls, a plan he called “a short-sighted solution to Toronto’s problems.”

Pay less for your car insurance. Compare quotes at Kanetix.ca to ensure you are getting the best price for your insurance coverage. We shop the market to help you get the lowest insurance rate out there.