Sometimes Even Good Drivers Get into an Accident

Virtually everyone has had a close call but occasionally a near-miss turns into a direct hit. 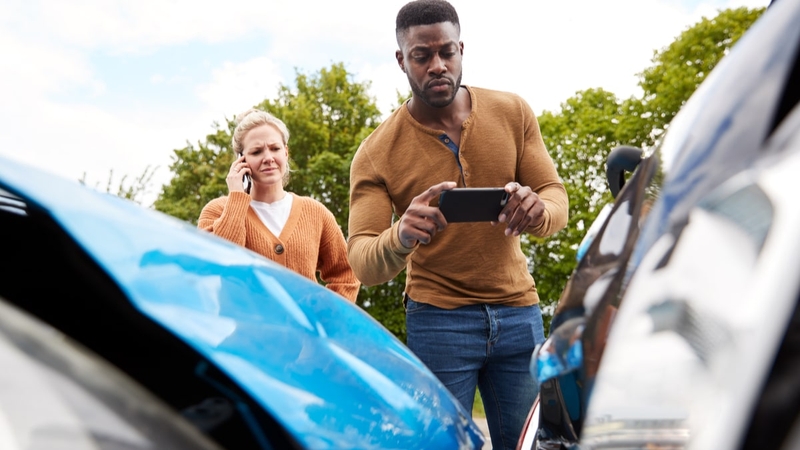 To err is human but when it happens while driving it often ends in a collision. And from an auto insurance perspective, an at fault collision can be a costly mistake. It takes about six years for a collision to no longer factor into the premium you pay.

The reality is, however, that accidents happen but knowing why, where, and when collisions occur can go a long way in avoiding them.

Collisions are mostly avoidable. The Traffic Injury Research Foundation estimates that 90 percent of all road crashes are the result of human error.

Human error, however, includes poor decisions. Following too closely, speeding, driving while distracted or impaired, ignoring traffic signals or signs, and refusing to yield right-of-way are all decisions that can easily lead to a collision. Despite the common phrase, "rules are made to be broken", this is simply not the case when you're driving.

Whatever the error in judgement that led to the collision, car accidents are most common at an intersection, according to Transport Canada's National Collision Database (NCDB). Whether it's where two roads meet or where there's an entrance (or exit) to a parking lot or driveway, 48 percent of accidents happen when drivers are potentially turning.

And no matter where the collision occurred - whether it was at an intersection, mid-block, or on a highway - almost one in four collisions (24 percent) involved one driver rear-ending another driver.

You'd think most accidents happen when the weather is foul, when it's raining, foggy, or snowing, but this isn't the case. In fact, based on the collisions recorded by the NCDB the overwhelming majority (69 percent) happen when it's clear and sunny out.

Your driving record and insurance history factor heavily into the auto insurance rate you pay. If you've been involved in an at fault collision you know this to be true. The good news is a collision won't follow you forever. In the meantime, the best way to drive down your auto insurance rates is to shop around. It's the only way to know for certain that you're getting the lowest rate possible.