Technology is changing the way the car insurance industry works and making it easier to reward good drivers while singling out bad drivers. "Insurance is getting fairer," says Sean Graham, a Principal Broker at KTX Insurance Brokers. "Prices are coming down for good drivers because the data is better."

There's no doubt that good drivers are tired of being lumped in with bad drivers, known by American company Progressive as "rate suckers." It's a term Graham has adopted as well, using it to describe drivers that rev up rates for undeserving motorists. But three technological advances are making it easier to prevent this from happening. It's a win/win for drivers and insurance companies alike. Canada is beginning to utilize - and in some cases lead - technologies that are revolutionizing the world of insurance. Good drivers, listen up.

"You used to have to drive down the street or actually physically go somewhere to talk to a person and sometimes that's not just convenient and it could even cost you money," says Graham, noting that these changes have made KANETIX more consumer-centric. "Since consumers and companies are able to interact online, clients are able to compare rates more conveniently."

The brokerage arm of KANETIX, KTX Insurance Brokers, is working on an end-to-end system that would allow customers to go from start to finish: from getting a quote, to finding a policy, to self servicing any policy changes, transactions, or renewals online. Customers don't ever have to speak with a broker if they don't want to, though of course brokers will always remain available to customers via email, phone, mail, or in person. Customers can also request service calls online. The expected launch of this is the end of 2014 and is largely based on feedback received from customers.

"That's the way of the future," Graham says. "Seventy per cent of people are using their desktops for online ecommerce. Mobile is cutting into that and growing at a very quick rate, but mobile is only a part of the online experience."

Huge in the UK and the U.S., telematics - or usage-based insurance (UBI) - is finally emerging in Canada. It's a piece of technology that you insert into your car's computer to monitor your driving. It monitors speed, braking, the time of day or date, and where you're driving.

"According to that it will give you discounts on your auto insurance if you're driving well. It really rewards good drivers," Graham says.

In Canada, three notable insurance companies have taken an early interest in telematics. Desjardins has launched a program called Ajusto, Industrial Alliance in Quebec has launched Mobiliz for young drivers aged 16-24 to help them get 25 per cent off rates, and Saskatchewan Government Insurance (SGI) is one of the first companies in the world to launch a telematics program for motorcycles.

"This is going to hit the insurance industry by storm," Graham says. "It's starting to happen already and I know half a dozen different insurance companies that are going to be adopting this next year. This is how they're going to help good drivers save on car insurance. It's a game changer."

Insurance companies obtain loads of data from clients organically through the insurance process. This includes everything from what city drivers are registered in, what time of day they drive, their driving record, and so on.

"What a lot of insurance companies are doing now is mining all the data from all their clients and using that to change their pricing so that again good drivers can get better rates and poor drivers can get worse rates," Graham says.

Larger insurance companies - or the companies with large amounts of data - have a distinct advantage. Intact and Aviva are two companies that are leveraging data to become more competitive and allow for better rates for consumers, Graham says.

Big data doesn't end with rates, but also extends into user experience. "We're starting to mine our data and figure out how to provide a better experience on our website," Graham says.

Big data can be a scary term often associated with "big brother," but Graham says KANETIX customers need not be concerned. "We understand that and we're very careful," he says. "The nice thing about the data that we're collecting and using is it doesn't use any sensitive information." Instead, the information is more demographic in nature, for example, the number of customers that live in Barrie.

In fact, this information is being used to streamline the insurance process and eliminate questions that do not apply to the majority of the population, making for a better client experience overall.

"All three of those things - digital client user experience, big data, and telematics - play into the idea that insurance is getting more sophisticated," Graham says. "That's going to benefit the good drivers and penalize the bad drivers."

Quiz: Can You Claim It? 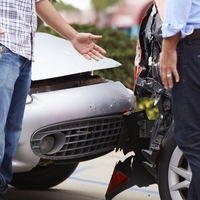 Accidents, collisions, and fender-benders. No matter what you call them, they happen…
[ read more ]
Lesley Green Apr 1, 2020 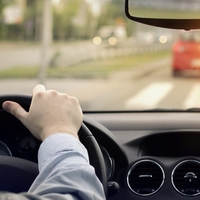 Are You Smarter than a 16-Year-Old Ready to Take the Ontario G1 Knowledge Test? 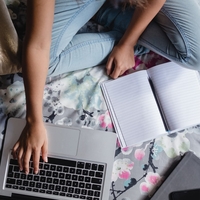 What You Need to Know About No-Fault Insurance 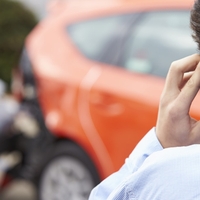