What Happens When a Cyclist Gets a Traffic Ticket?

Read about what happens when cyclists get caught violating traffic laws. 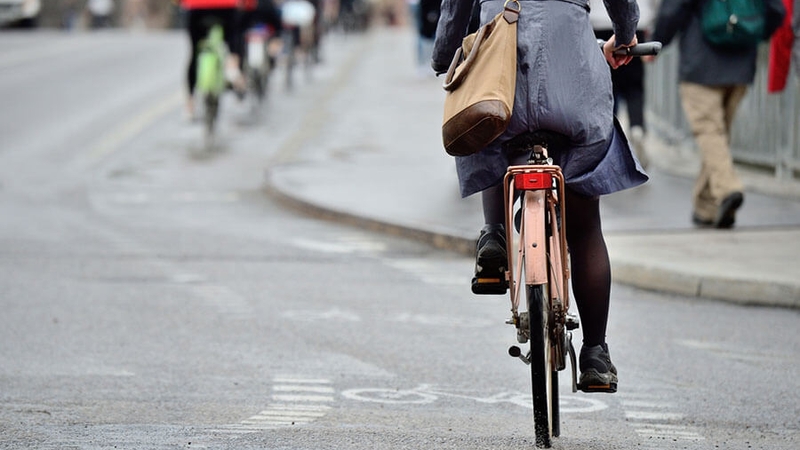 As more people put down their car keys and take to their bicycles, some cyclists may be surprised to learn that they can be ticketed for traffic offences, just like drivers, and face the same fines.

Cycling season is well under way, and according to the province, around 1.2 million adults in Ontario ride a bicycle daily during the spring, summer and fall, and 2.8 million people ride a bike at least once a week. Cycling is increasingly popular, and as more people choose to cycle, some may be surprised to learn that they can also earn a traffic ticket for not following the rules of the road; much in the same way they could if they were driving a car.

A bicycle is a vehicle

Cyclists do not need to register or plate their bicycle, and they don't have to have a driver's licence or auto insurance. However, under Ontario's Highway Traffic Act, a bicycle is a vehicle just like a car, truck or motorcycle. As a result, riders must heed the same rules of the road—as well as some laws that are specific to bikes—or risk getting pulled over and fined.

What types of tickets can a cyclist get?

In general, any ticket a driver can get under Ontario's Highway Traffic Act, a cyclist can get too. A cyclist can be ticketed for failing to stop at a red light or stop sign, going the wrong way on a one-way street, failing to signal, failing to stop for a school bus, and even careless, to name just a few examples. The fines are essentially the same as well: whether on a bike or in a car, you'll have to pay the set fine, plus the victim fine surcharge and court costs too. For example, an $85 fine for disobeying a stop sign, will actually cost you around $110 in the end.

There are also traffic tickets that are specific to cyclists. For example, you can get a ticket for:

Pulled over while cycling, now what?

Unlike driving, you're not required to carry identification when cycling. But, that doesn't mean you can get out of a ticket if you happen to get pulled over. If you are not carrying any identification, you are required to provide the officer with your correct name and address. Being evasive or lying about who you are, could earn you another ticket at best (for failing to identify yourself), or in the worst-case scenario, arrest.

They're not supposed to, because even though a bicycle is a vehicle, it is not a motor vehicle; an important distinction when it comes to demerit points. Any ticket you get while cycling should not result in demerit points added to your driver's licence.

Of course, mistakes happen, as one Toronto-area cyclist learned last year. After paying his ticket for running a red light on his bike, months later he learned that three demerit points were added to his driving record in error. If you should get a ticket while cycling, review it before leaving to make sure it is listed as a cycling infraction and not a motor vehicle infraction. Otherwise, you may have to fight the ticket in court.

Again, no, they shouldn't. If the ticket is recorded as a cycling infraction, any ticket you get while cycling should not affect your auto insurance coverage.

Since the ticket wouldn't (or shouldn't) be on your driving record, it would not affect your premiums.

Avoid getting a ticket, and ride—and drive—safely.

Road safety is enhanced, when everyone—cyclists, drivers and pedestrians—are predictable, and by following the rules of the road we can all get to where we want to go, safely and ticket-free.